Everything You Need To Know About The ESA Letter Obtainment

GET YOUR ESA LETTER

For some of us, animals are more than just pets. Around 82 million people around the US suffer from various emotional or mental conditions that make their lives unbearable. PTSD, depression, and anxiety are only a few diagnoses that are widespread around both the youth and elders.

Medical treatment and constant therapeutic supervision are expected to help patients. Still, sometimes life can take unexpected twists, and there’s no guarantee that the emotionally unstable people would be able to overcome those. Loud noises, random human interactions, or slightest changes in the normal day’s routine can lead to harsh breakdowns. In order to prevent or help to cope with such episodes, the emotional support animals are required.

Emotional support animals are recognized by the Fair Housing and Equal Opportunity office as friendly animal companions. Their acknowledgment on the federal level allows people with mental conditions to always have their fluffy helpers within arm’s reach. They aren’t even considered as pets in its original meaning, which means that the numerous “no pets allowed” restrictions doesn’t outspread on them. 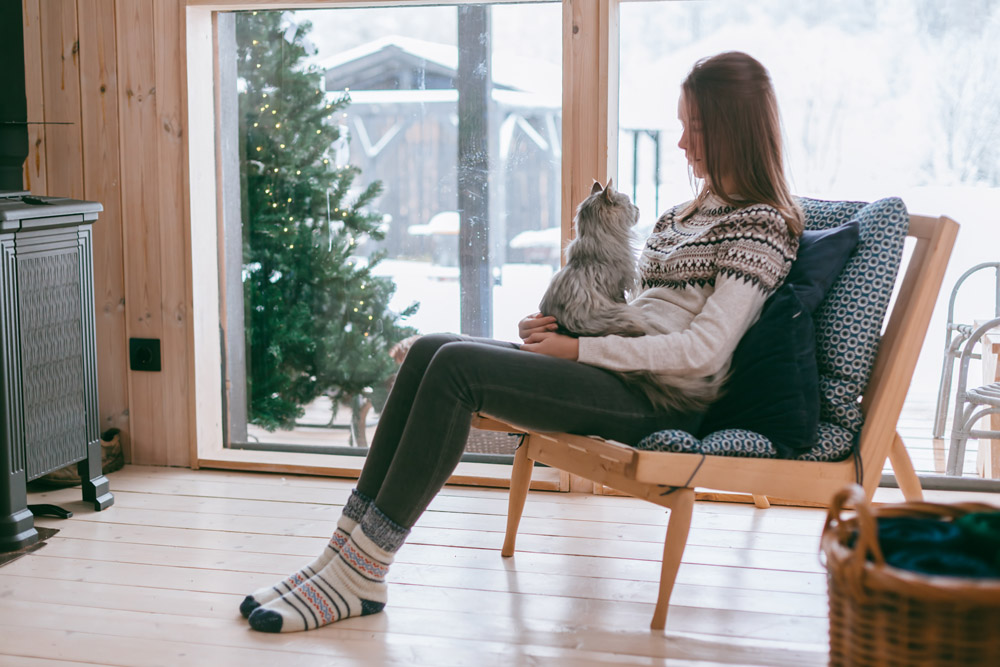 The law that determined the term “emotional support animal” came in 2013, during the Barack Obama presidency. Currently, ESAs allude in 42 USCA 3601 et seq. Fair Housing Act and FHEO notice from 2013-01. Those people who live with mental or emotional illnesses are allowed to bring their ESAs on the plane, as well as to live in the apartments where regular pets are forbidden by the landlord. These and even more advantages can be obtained for people who finally decided to get a legal ESA status for their mini-therapists.

Is the problem really that common?

The statistics may give you a full understanding of how many people actually require professional assistance. According to the official sources, one in every five adults you meet through your day suffers from some mental illness. Every one of us fights in an invisible battle, that couldn’t be seen from the first sight.

People with mental problems often feel a burden of social stigma upon them, which makes the task to ask for help even more complicated. The numbers prove this true: about 60% of patients with diagnosed illnesses didn’t get any treatment throughout the past year.

The reasons are variable. Some people simply can’t afford therapy sessions due to their expensiveness, while others do not have a willingness to share their problems with the world because of the fear of being rejected.

What consequences such statistics have? With the tendency for individualization, people become more lonely, therefore, unhappy. The lack of support from government compounds the problem, making the chances of recovery even less probable. There are only a few opportunities for people with disabilities to live happy & healthy everyday lives, amongst which the presence of emotional support animal distinguishes thanks to its effectiveness.

ESAs abbreviature unofficially stands for “emotional service animals” – this definition even better describes the role of fluff psychologists in the life of mentally ill people. Such animals serve their owners as friends, assistants, and right-hand “men,” some being particularly trained to dilute epileptic seizures, panic attacks, episodes of asthma, and more.

Having such a loyal creature on your side indeed helps those people whose attacks start unpredictably due to fear/panic: when the nervousness approaches, your heart rate consequently changes, that doesn’t stay undetected from your ESA. The animal – usually, a dog, a cat, or even a horse – knows how to act in order to calm down the owner. Some basic actions, like petting an animal, hugging, or playing with it lead the mind of the person in another direction. The “irritant” is forgotten, the attack is avoided, and the ESA gets a dose of attention and love it deserves. Mission accomplished!

Why does an ESA need an appropriate status? 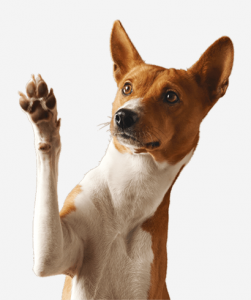 A pet and a specially-trained emotional support animal differ from each other drastically. This not only implies the differences in behavior, but also the way the government looks upon them in the legal aspect.

Home pets fall under the restrictions of public places. For example, to travel to another country with your pet, you have to negotiate all the details with the airline company of your choice. You’ll need to pay additionally for flying it in the cargo compartment, and there are no guarantees that the stress and the inappropriate conditions won’t break down its health.

Even if the inner rules of the company – that differ from one airline to another – would allow you to carry your pet in a hand carrier, there are numerous dangers that might still affect the animal. Unfortunately, there were examples of how irresponsibly air companies act towards the living creatures on the plane. You surely wouldn’t wish the same happening to your small friend.

With the ESA status, the pet figuratively transforms from a regular animal to your companion, whom the airline carrier is obliged to let into the plane salon. That automatically removes all the chances of getting your pet injured during the flight because of the depressurization of the cargo compartment, lack of oxygen, thermal shock, or other risky situations. If you truly care for your pet, it is almost essential to provide it with the best flight conditions possible, as soon as the flight carries the stress for an animal by itself.

Aside from that, the need for getting the legal ESA status lies in the possibility to live with your ESA even in those apartments where the animals are prohibited: it applies to all houses for sale or rent, including college campuses. According to the Federal Fair Housing regulations, a landlord can ask a person with an ESA only two basic questions:

If the answers on both questions are affirmative, then the “no animals allowed” rule does not spread on your particular situation. Therefore, you should not pay extra money for your ESA – so-called “pet fee” – and landlords have no right to turn you away only because you possess an animal companion.

Who can obtain an emotional support animal?

In order to receive the prescription for an emotional service animal, you can enquire for the services of the esadoctor.com specialists. The need for an ESA is verified by doctor, who has to write an official ESA letter stating that the patient actually requires an animal assistant due to the problems with social interactions/stress handling/etc. the patient experiences because of the mental illness. 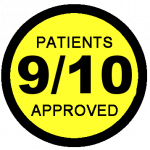 There is no strict list of disabilities the patient needs to have to get the ESA. The evaluation of each situation should be conducted on a case-by-case basis, and the final decision usually lies on the verdict of your doctor. It’s important to understand that the opinions of doctors vary depending on their experience, competence, and even beliefs. Where one specialist would simply prescribe you medications, the other would try the complex approach, that would include ESA – especially if the patient feels better from having an animal companion.

The most common mental illnesses usually include, but aren’t limited by:

All of the listed illnesses should be diagnosed by a licensed mental health practitioner (LMHP). If you have any concerns about your mental health (you experience rapid mood changes, constant feeling of fear or panic, you have insomnia or, vise versa, you oversleep, your food preferences shifted to overeating or fast) you have to discuss this with the psychiatrist. A forehanded diagnosis of mental illness makes it possible to cure the disorder simpler than when it becomes chronic and starts influencing your life substantially.

How do I use the advantages provided by ESA letter? 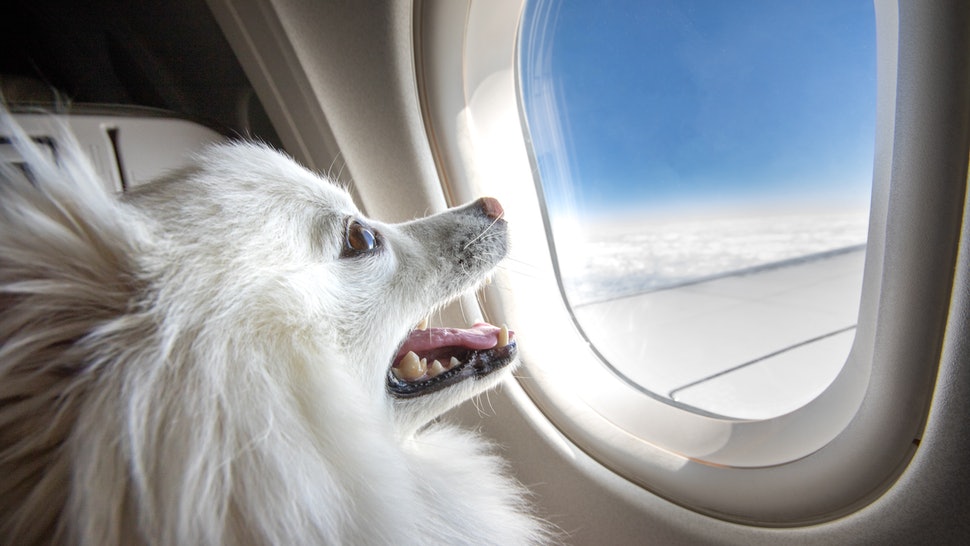 As it was mentioned earlier, the two greatest benefits of having an emotional support animal are the possibility to take your pet on the flight, as well as to live with it in the apartments where animals are restricted.

Still, there are certain nuances you need to know before taking your ESA for traveling. First of all, despite the fact that the emotional support animal should be allowed on the plane, it is absolutely necessary for you to notify the airline company about your pet beforehand.

There are certain documents you have to acquire in a vet, in case the airline demands them aside from the ESA letter. These might include a signed Veterinary Health Form, your pet’s Shot Record, or a testament of the animal’s good behavior. More to that, there are multiple options of where and how the animal will be placed during the flight depending on the type of the plane, the number of passengers, the flight’s duration, and, of course, the size of the ESA itself. To make the journey both comfortable and trouble-free, you’ll need to investigate all the legal aspects of your conjoint journey with the fluffy assistant.

There are much fewer troubles when it comes to living in the rented apartments together with your animal helper, as soon as the legislation clearly states that an ESA does not fall under the restrictions for regular pets. However, when it comes to hotel accommodation, certain problems may occur because the hotel owners aren’t legally obliged to accept visitors with ESA. Some resorts might still make you an allowance – contact them and learn everything about their inner rules considering emotional service animals to avoid getting your plans shattered.

What should I do to receive an ESA letter?

The procedure of obtaining your ESA letter is extremely simple. In fact, it doesn’t even require you to leave your house – you’ll only need access to the Internet and the reliable service like esadoctor.com to get in contact with our professional LMHPs.

1 First, you fill up the questioner available as a short online form – it would only take a couple of minutes of your time. Your request then travels to our 24/7 available doctor, who reviews it and sends back the verdict within 15 minutes.

2 If you’ve received the green light, then your documents are 3 days away from you. Conduct the payment only when the LMHP affirmed your request, and simply wait for paper ESA letter to arrive. Its PDF copy will be on your email box within minutes after you’ve finished.

3 This is it. Your pet has finally received the ESA status, and now you two can enjoy being inseparable!

More and more people start to understand how much happiness animals bring to our lives. Therapists as well realize the curative effect a joyful, loyal, friendly animal brings to the person in need.

Animal companions are, probably, one of the most effective and reliable “pill” from numerous psychological illnesses. That said, because of the current neck-breaking pace of life, many people suffer from loneliness, depression, and many other complicated disorders. There truly are no healthy people, and that’s a fact.

If you feel a need to have an emotional support animal, then most definitely you’ll actually receive an allowance. Simply fill in the form on our website to get the decision from an experienced practitioner. We guarantee you top-notch service and all the attention your peculiar case would require.

Still have some questions left? Ask them to our support and get a free consultation!

GET YOUR ESA LETTER